Homeowners across the country set-out to do home remodeling projects that add features, more flexible space, and value to their homes. However, it is important that homeowners be careful in the way they perform their home improvement projects, as well as adhere to the local building codes for the particular home renovation project that they are undertaking.

Many homeowners are handy at fixing this or installing that. But, when you’re talking about embarking on a significant improvement project – like remodeling your kitchen, bathroom, or even several rooms, it’s best to hire a licensed general contractor to ensure that everything is done correctly.

In his book titled “Sawdust to Satisfaction: How to Choose the Right General Contractor Every Time!“, Angie’s List “Super Service” award-winning Long Beach, CA, general contractor Michael A. Baum says, “Actually, not having a contract is not only wrong, it can be very expensive. You should always make sure that you have a written contract in place. This protects both you and the contractor, and more than likely be required by your state, as well.” 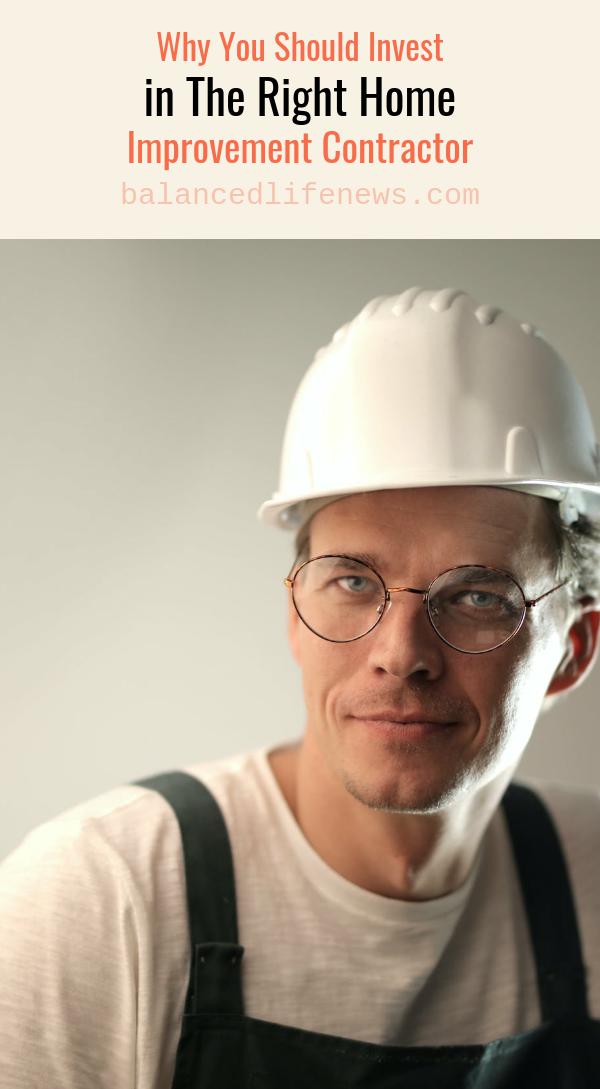 A Sample Of Items Typically In Remodeling Contracts

This article is not intended to be a thorough discussion on all of the items that should be included in a home improvement contract. By way of recall, the focus of this article is about investing in the right contractor for your particular project.

Yet, it’s a good practice to state:

It is also important that the contractor provides the homeowner with an accounting plan (or budgeting) of the various phases of the project (labor & materials), anticipated costs of homeowner-selected major appliances, etc., so that there is an idea of ultimately how much the home improvement project will cost.

What Happens If Something Unexpected Happens

More often than not, something unexpected happens when doing a home remodeling project – even when you’re certain you’ve taken everything into account.

For example, I planned my home remodeling project so thoroughly that even I thought it was a bit overkill. However, just after the initial demolition phase, it was discovered that my slab foundation on my 50-yr old house was not level (by quite a bit) from one side of my house to the other. Due to the particulars of the project, this out-of-level thing (if not corrected) was going to result in having to take a small step down into the hallway bathroom and having a sloping floor in the front room. Naturally, I wanted that fixed. The fix was an “over-pour” of a special mix of concrete that would cover the entire slab (side-to-side & front-to-back). That was a $10,000 surprise.

How To Mitigate The Surprise

Naturally, specific project surprises cannot be detailed in advance in a contract – because they are in fact surprises and only become visible as the project progresses. The “change order” process is designed to contractually handle changes to the original agreed-to contract. Yet, one very important thing you can do is to negotiate the contractor’s mark-up percentage in the original contract. The markup percentage is the percentage amount the contractor will automatically add to the cost of the labor & materials related to the unexpected thing that needs to be taken care of.

In the contract for my home remodeling project, I barely noticed that there was a section in the contract mentioning something about change orders. To me, it really didn’t apply to my remodel because – now, as you have read – I had everything figured out ahead of time. It turns out that my remodeling project ended up having 18 change orders – for a variety of unexpected repairs & unanticipated purchases.

That “Change Order” section in my original contract that I had hardly even noticed stated that the general contractor would automatically add 18% to the cost of every change order. That $10,000 over-pour surprise cost $10,000 + $1800.

Some homeowners decide to act as their own “general contractor” for their project. If you’ve got experience completing a project successfully, then it seems it may be OK for your next project. But, if you have no experience with this & choose to proceed anyway, you could easily find yourself regretting your decision. And, you may end up experiencing a lot of frustration and spending a lot more money than if you had just gone with a general contractor initially. You’ll have to do all of the work with the local building department. You may find that you don’t have the leverage you think you do with the sub-contractors you hire to get various things done. You may not even be aware of something that needs to happen on the project. It can get to be a real mess.

It is important to make sure that the contract includes general language related to any warranty work that may be needed after the project has been completed. Specifics are likely impossible to forecast in the original contract. But, what happens if the roof – on an addition made by the contractor  – starts leaking water when it rains later in the year? What about if a crack unexpectedly appears on an interior or exterior wall?

A suggestion would be that the general contractor will inspect the issue – and, if it is related to the work performed, they will repair the problem in a timely manner.

A home improvement contractor may suggest alterations to the plans that may make welcomed improvements to the project.

Another area where home remodeling contractors can provide more value is when making suggestions on products or services the homeowner may want to include in the project so the project turns out even better for the homeowner.

I feel that having a qualified general contractor overseeing your remodeling project is the best way to go. But, general contractors typically have several projects going at the same time. And, their attention may be shifted away from your project to focus on one or more problematic projects.

So, even though your project will typically have a site lead or foreman working on-site most days, they will be directing work and making sure the materials that are already on site are being used. But, they typically will not have time to be contacting the building department or talking with the cabinet maker, the door & window company, or electrician who are running behind to get them to get on-site now to keep the project moving along.

That’s where having a project manager comes in handy – someone who’ll represent you (not the general contractor) in getting materials on site when needed so that the project keeps moving along. They can also make the appropriate arrangements with the building department to get inspections done in a timely manner. There is typically an expense associated with having a project manager. The bigger the project, the more important it is to have a project manager running interference for you. This is especially important for those of you who are very busy at work and don’t have a lot of time to work day-to-day remodeling activities. 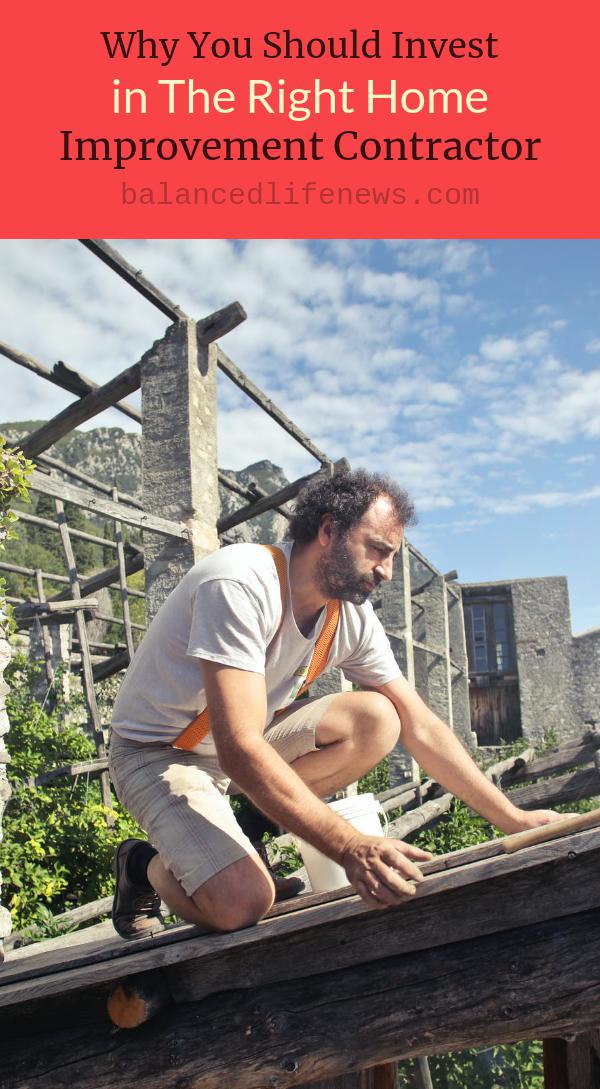 How To Find The Best Contractor For Your Project

There are several ways to start getting to a short-list of local general contractors that you may want to work with.

Check with your local friends & co-workers to see how their home remodeling or improvement project went. Overall, were they satisfied? If so, who was the contractor? If they were not satisfied, who was that contractor? That’s one you may want to avoid.

Was the contractor a pain to deal with? Was the project completed on-time? What is the quality? What were the cost over-runs? You may not know this, but home remodeling projects typically run about 20% over-budget (mine was 25%).

Whether or not you’ve got a recommendation from a friend, I recommend that you always check online customer review resources – like Home Advisor, Google Reviews (found in the search results), and Yelp.

What are people saying about a given general contractor? In reality, some people aren’t satisfied no matter what. So, seeing a review here or there that is 3-Stars or 4-Stars is likely nothing to be concerned about. But, if the contractor has multiple positive reviews, then you’ve likely found a contractor to add to your short-list.

How does the work performed by a given contractor look to you? Arrange to tour a few remodeled homes and see for yourself. The properties that a general contractor shares with you are likely hand-picked, and the homeowners are typically expected to say positive things. But, you can ask the homeowner anyway to see if they had any issues.

Always arrange to interview general contractors your considering. Then, decide if you want them to quote you or not.

My contractor had a grand total of four people in his operation – one being his wife. He chose to bring in workers via his son – who was hired as a sub-contractor.

Your homeowner’s insurance may or may not cover accidents on your project. So, find out before you start a project. Naturally, you want to verify that your contractor is licensed AND insured in your state.

Consider having your project added as a rider on the general contractor’s insurance policy. Also, consider securing an “umbrella policy” that can cover amount amount of damages that are not covered by the upper limits of your homeowner’s policy. Take it from me, find out how insurance coverage works when your insured contractor hires a sub-contractor. If the person hired by the sub-contractor gets injured, who’s insurance covers that person. Find out before you start because finding out after the accident can have you slapping your forehead like Homer Simpson.

Wrapping It All Up

To help ensure a positive experience with your home remodeling project and to help you get the most bang for you buck, I recommend you invest in a quality general contractor. You can end up spending less money with a general contractor, as opposed to doing it yourself and making costly mistakes.

To get the most helpful information on how to hire a great contractor, I recommend reading Amazon Best-Selling Author Michael A. Baum’s “Sawdust to Satisfaction: How to Choose the Right General Contractor Every Time!“. 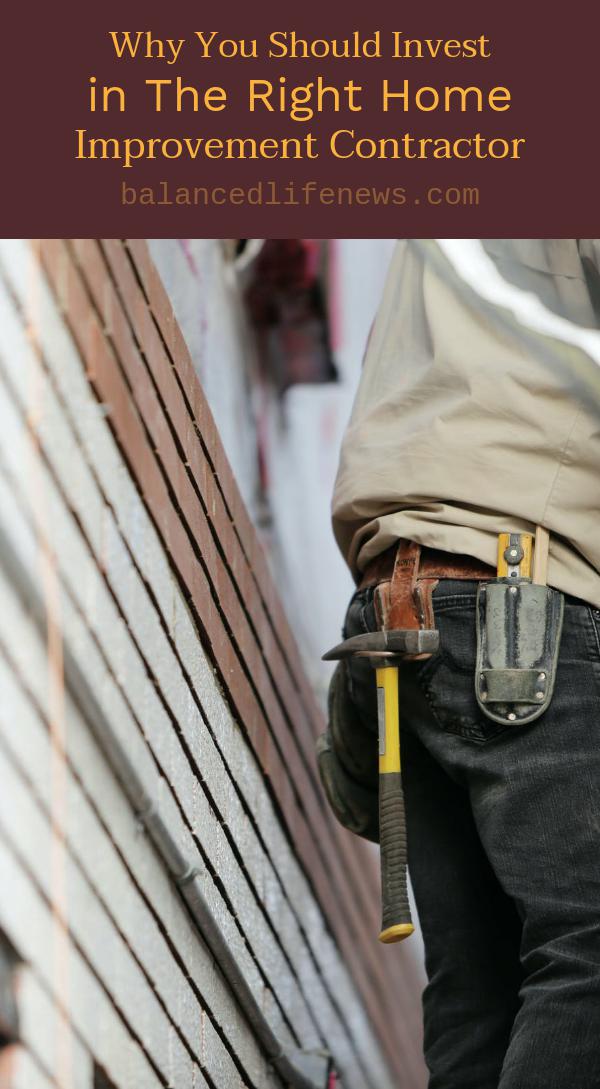